Tammy Brown is the author of Healed and Set Free… from lingering hurts. She is a happily married woman (married her high school sweet heart) and blessed mother of two.

Healed and Set Free is currently being used in 12 countries; God is changing lives around the world. Tammy has been blessed to speak across the United States, in Turkey, India and Africa. She has been featured in Calvary Chapel magazine, been heard on several radio ministries and interviewed on television.

Women who hear Tammy speak often say the same thing “I love how real she is.” Tammy reveals the personal struggles she went through to overcome the exhaustion of bitterness, fear of not being enough, and out of control anger.

Listen to Tammy Brown’s message “The God Who Sees the Broken Hearted” by clicking here.

In her early childhood, Tammy learned to bury things that caused her pain — like being sexually abused by her uncle and facing the nightmare of date rape at 15 years old. She buried it down deep into her heart. Tammy slowly turned inward as the years wore on and she became a self-destructive wife, stressed out mom and easily offended woman.

Ultimately, Tammy became healed and set free when she got real with God and faced her greatest fear. She invites everyone to do the same.

Tammy married her high school sweetheart, Rick in 1985 and the couple are proud parents of two grown children and two grandchildren. Tammy’s bright spot in life is her family; she loves them to pieces! 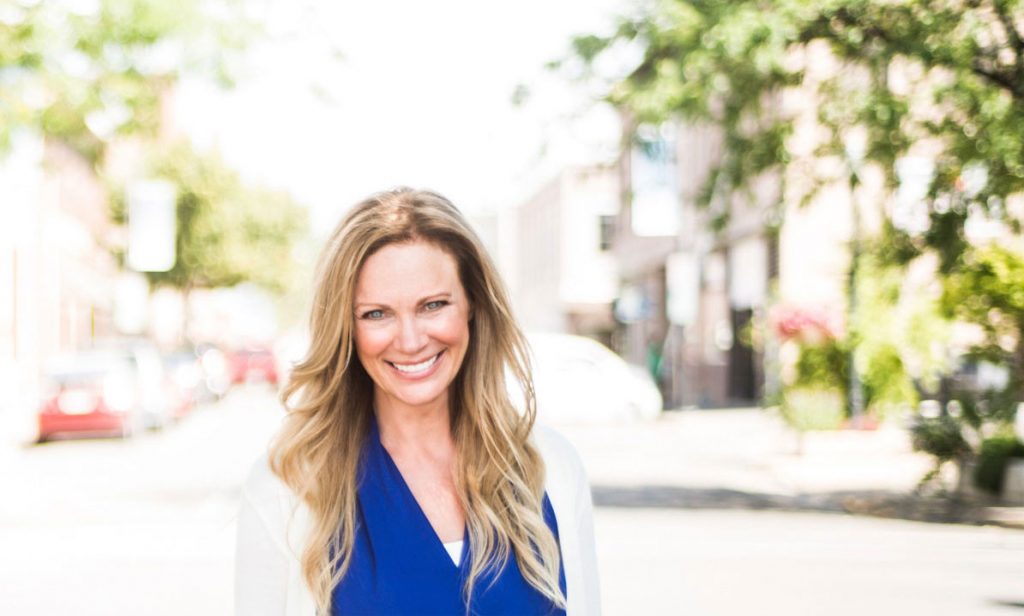 TAMMY’S LIFE IS ONE OF PAIN AND VICTORY

WINNING THE BATTLE IN YOUR MIND
TO BECOME HEALED AND SET FREE.

The BOTTOM LINE IS GOD’S WAY WORKS.
Do not give the devil a foothold. Ephesians 4:27

How did you become a writer?

The Bible says that God uses the “weak things of the world to confound the wise;” that way He gets all the glory for the end result. First of all, I am not a writer. Writing was never what I planned to do with my life. I like to stay in my comfort zone, doing things that I know I am good at – like organizing and decorating – but God had other plans. In 1996 while camping at Palisades Reservoir with my family, the Lord put two precious women on my heart. I knew they were hurting, and my heart longed for them to experience the same healing that I had received from God. So there on a beautiful sunny day, as my kids giggled and played in the water, I dug through my bag to find a pen, picked up an old yellow note book, and began to write about how God healed and set me free from all of my hurts. With the help of many friends, Healed and Set Free was born and published shortly thereafter. I am still blessed to see it used to help struggling women break the bonds of the past that keeps them from living the life that God intended.

What's something people don't know about you?

I went skydiving a few summers ago – something I said I’d NEVER do. When my daughter turned 18, Ricky and I, along with our two kids, decided to go skydiving. Yes, I was afraid, but as a dear friend of mine said, “When you get ready to jump out of the plane, don’t look down; look up and yell out, “I praise you Jesus!” It was an incredible feeling to move past my fear to trust God as I jumped out of the plane. I’m thankful that our family experienced this adventure together.

What's something you'd like to do in the future?

I like to fly, and enjoy being Ricky’s co-pilot. Ricky and my son Caleb are both certified pilots. My son became a private pilot at the age of 17 and a commercial pilot at 18. The more I fly with my precious guys, the more I grow interested in having Caleb give me lessons to become a private pilot. I just have to do it.

What do you enjoy doing?

I love to have deep belly laughs with my family or friends. I like to hum the same tune over and over, (I always have). It usually starts when I’m cleaning or working on a project; sooner or later my family notices and teases me about my unchanging tune. I enjoy Sunday afternoon naps with my hubby, long bike rides, going on long prayer walks, eating a big bowl of popcorn with my daughter, Jessie, and having a great conversation with my kids over a meal or a pleasant walk.

What is it like to be a pastor's wife?

I love being Ricky’s wife! I count it a privilege to support and help my husband Ricky. I love serving Jesus in whatever He has me to do! Not that being a pastor’s wife is easy; I am often asked how I deal with the huge expectations that come with my position, however, it isn’t other people’s expectations that keep me up at night, more often it is the expectations I place on myself! After twenty years in ministry, I have learned that the only things that are of any value are the things that I allow God to do through me. With this in mind, I am constantly brought to the feet of Jesus; where I ask Him to live and love, move and minister; first in me and then through me. One of the hardest things to deal with is seeing people walk through difficult times. Sometimes it’s so overwhelming that all I can do is cry and take them by the hand and point them to Jesus – the only One who can touch the deepest place in one’s heart. But like so many things in life, it is the difficult things that bring the most growth in our lives and keep us looking to God and only God. All in all, it is an incredible thrill and gift to watch people grow in their faith and see the transforming power of God at work in their lives!