Forgiving the Unacceptable
(note: the following is an excerpt from the Healed and Set Free Bible study, chapter 4)

Many people over the years have asked me the same questions about forgiveness: How do you forgive a person who has passed on? A person you don’t trust? A person who refuses to talk to you? These questions arise over and over from those seeking to forgive, but forgiveness is between us and God. The word “restoration” is defined as: the return of something to a former owner, place or condition. Doug Easterday points out the truth of God’s promise to restore the fullness of our lives, no matter what has happened to you, through forgiveness.

We all have a past: a storehouse of good and bad memories that affect the way we live today. Even though I grew up in a godly home and had great parents, some painful things happened to me during my childhood years. I would love to just snap my fingers and poof!, all the painful memories would be gone, but I can’t do that! No matter what has happened to you in the past, God’s goal is to bring you to a condition where the negative issues of the past no longer affect your present and future life in Him. In His Word, the Lord promises to restore the fullness of our lives. In Joel 2:25 (KJV) He says, “And I will restore to you the years that the locust hath eaten, the cankerworm and the caterpillar and the palmer worm, My great army which I sent among you.”

Why did this scripture happen to list those four particular insects? Because if we were to release these insects on to a plant, all four working together would eat the leaves, branches, main stalk and finally the root. And what would be left? Absolutely nothing, the plant would be destroyed.

But God says He will restore to you the years that have been nibbled and eaten away, no matter what has happened to you! Even if you feel like you’ve been totally destroyed, God intends for you to be restored. But real hurts don’t come out of the ground or the bushes, they come from other people. And deep hurts don’t heal except through the process of forgiveness.

As I travel throughout the Body of Christ, I hear people saying, “I’ve forgiven, it’s not a big issue for me anymore!” They want to pass forgiveness off as “no big deal,” but they’re not really understanding the significance God’s Word gives to the issue of forgiveness. To God, it’s a very big deal!

Forgiveness is a decision we make to obey God. It is not a suggestion from the Lord, it’s a commandment. When we forgive someone, we are being obedient to God. Forgiveness doesn’t have to be a big public event, it takes place in your heart, just between you and God. 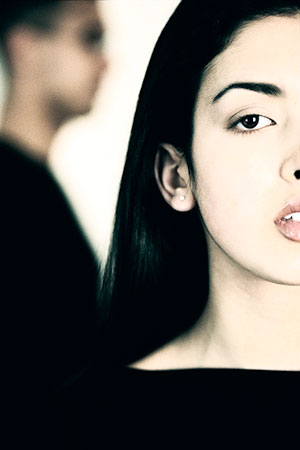 WHAT FORGIVENESS IS NOT

First, let’s talk about what forgiveness is not: Forgiveness is not pretending that you weren’t hurt, or saying that what the person did wasn’t wrong. Don’t sweep the incident under the rug! Sometimes we feel that if we forgive, we’re actually declaring that what the other person did wasn’t so bad; as though you’re saying, “It must have been my fault for being in the wrong place at the wrong time!” For example, if I punched you in the nose, then later came back and said, ”I’m really sorry,” what would you say? Would you say, “It’s okay”? If so, do you realize what you’ve just told me? You’ve just given me permission to do it again! You did say, “It’s okay!” But what was okay? Was it okay to hit you? No! So when someone comes to you saying, “I’m sorry, I was wrong,” and you respond back, “It’s okay,” I believe you’re giving them permission to hurt you again, and that’s giving them permission to sin. But we don’t have the right to tell another person that it’s okay to sin. The proper response is simply to say, “I forgive you.”

Forgiveness doesn’t mean you have to trust the person who hurt you. A young girl came to counsel with me awhile ago. She was very nervous, and it took 20 minutes for her to open up. She finally told me something she hadn’t told another human being—that her father had raped her almost every day for the past four years. Now, do you think that I should have encouraged her to forgive her father, and trust him? No! At that point, her father didn’t deserve to be trusted. I’m not saying that she shouldn’t ever trust her father again. As Christians, we need to allow those who have hurt us the chance to prove themselves trustworthy in the future. But forgiveness is a separate issue from trust, and we can completely forgive a person but not extend trust to them.

Trusting comes as we get to know someone and believe in their character. That’s why I can trust God, because I am confident in His character! We develop trust for human beings only as they prove themselves trustworthy. When someone lashes out at you, your natural response will probably be anger, hurt and a lack of trust. If forgiveness means that you have to make yourself totally vulnerable to that person, and leave yourself open for another emotional or verbal assault, you would be rational to not forgive. But if you can fully understand that “forgiveness” and “trust” are two separate issues, you’ll see that forgiveness isn’t beyond your grasp. Forgiveness is not relieving other people of their responsibility. We think, “They really hurt me! If I forgive them, they’re going to walk away scot-free. They’re not going to have to answer for their wrong-doings!”