My Life Was Forever Changed

I am a senior pastor’s wife and teacher serving in the beautiful country of Uganda. Over the years, churches have asked me to give my testimony, but I always have to ask, “Which testimony?”, for great as God’s mercies and blessings are, so also are the daily testimonies He accomplishes in my life.

This testimony is about how God healed me from a sexual abuse perpetrated against me.

It happened years ago. It was not the first time a male had hurt me sexually. When I was a child, the boys next door once locked me in the bathroom and demanded I do things I was far from comfortable doing. I locked that memory deep down inside; it made me feel so dirty I didn’t want anyone to ever know about it. But this second event changed me in many ways. In my third year of university, I felt the Lord calling me to study abroad in a Spanish speaking country. I heeded His voice, spending three terms abroad.

During a break between terms, I traveled with three friends from my program (two girls and one guy). We flew to a famous tourist spot and hiked to various sites. One day, while coming back to the main plaza, our guy friend decided to go on a longer hike, leaving the three of us girls to finish hiking down the road. As soon as he left, three men with guns came up, demanding our money, backpacks and jewelry. Just when we thought they were about to leave, one of them jumped on top of my friend and proceeded to rape her. They told my other friend and me to lie down beside her, and the rest seemed like a horrible dream. I can still so vividly remember it. As one man finished her, his friend put a gun to my head, and the third man got on top of me. I begged him to reconsider what he was doing, to think how he’d feel if someone did that to his mother or sister. After some time he relented, and they told us to turn face down and keep quiet. I kept expecting a bullet in my back, but it never came. The men just left. We made our way to the village, and with the help of an angel, got the number of a pastor who helped us through the ordeal. The men were caught, our things confiscated, and we went to identify them. But bribes were paid, stories were changed, and we were publicly ridiculed by the chief of police. When we told our program director, she threatened to withhold our university credits if we told anyone what had happened. With fear of losing all we had gained in two terms, we tried our best to carry on, being careful of who we told.

This event changed me in many ways. I had always thought that down deep inside, people are really good, yet that day I came face to face with evil. The unexpected thing was that I began to see my own weaknesses and sin. When I got back to the States, I struggled with many things in my Christian walk. Mundane tasks became difficult. I had panic attacks. I was nervous. I was bitter, not toward God, but toward friends who couldn’t help me feel better, or who had little interest in my plight. I became withdrawn and judgmental. Thankfully, I kept my relationship with God open and honest. Months after returning home, I “had it out” with God one night. I told the Lord I wanted to be healed, that I was tired of the “new me” that had emerged from this tragedy. After hours of crying, praying, and seeking His Word, I felt a release, a comfort that somehow He was crying with me, that He loved me and had a plan for me. That night I knew He would heal me, and that He was able to use all things for good. Though I believed I was healed, there was still some work God had to do in my life—forgiveness.

During this time we ran into Rick and Tammy Brown at a Calvary Chapel pastor’s conference. Tammy asked me to share my story with her, and then asked if I would consider leading a Healed and Set Free study. As I read the book to prepare, I realized there was an unforgiveness issue in my life. I remember one chapter talked about how healing is like roller-skating: At first we fall down a lot, but then as we practice applying God’s Word, we fall down less and less. Bad falls can still occur, but they gradually happen less. That’s how my healing was. As I led my first group, the Lord spoke to me about my own sin. Ladies, sin is sin is sin. In God’s eyes, no sin is greater than another. Some sins have greater consequences (sexual sin and murder have higher consequences than a white lie), but all separate us from God. As I went through the study, I was further set free and restored as I asked God to forgive my sins—anger, stress, evil speaking, bad thoughts.

Today, my husband and I pastor a beautiful church. Many come through our doors having suffered the evils of the world. Sexual abuse is rampant here, and people often ask if I fear having something happen to me. But I know God is able to heal everyone, every time, every way. I also know that He allowed me to suffer what I did so I can minister to those who come to us. Our God is great and powerful, the Restorer of souls. He is in the business of healing the wounds that the world inflicts upon us. He is able to do abundantly beyond anything we could ever imagine.

By His Stripes We Are Healed
“Surely He has borne our griefs And carried our sorrows; Yet we esteemed Him stricken, Smitten by God, and afflicted. But He was wounded for our transgressions, He was bruised for our iniquities; The chastisement for our peace was upon Him, And by His stripes we are healed.

All we like sheep have gone astray; We have turned, every one, to his own way; And the Lord has laid on Him the iniquity of us all.” Isaiah 53:4-6 (NKJV)

The Good News of Salvation
“The Spirit of the Lord God is upon Me, Because the Lord has anointed Me To preach good tidings to the poor; He has sent Me to heal the brokenhearted, To proclaim liberty to the captives, And the opening of the prison to those who are bound; To proclaim the acceptable year of the Lord, And the day of vengeance of our God; To comfort all who mourn, To console those who mourn in Zion, To give them beauty for ashes, The oil of joy for mourning, The garment of praise for the spirit of heaviness; That they may be called trees of righteousness, The planting of the Lord, that He may be glorified.” Isaiah 61:1-3 (NKJV) 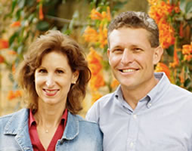